Is Raleigh dead? : The sequel 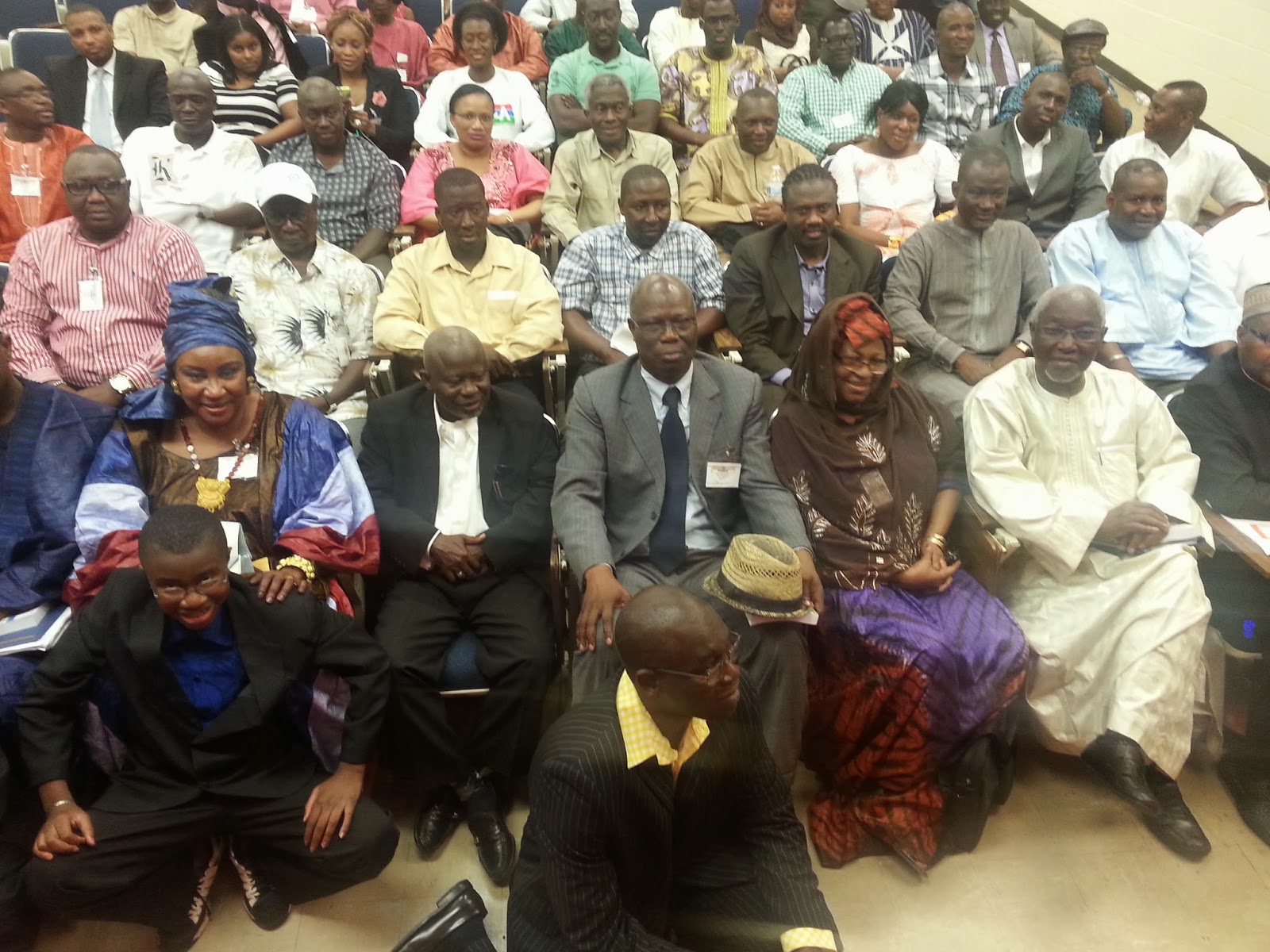 Raleigh was a brilliant idea.  But it was also a dumb idea.  We must qualify our first statement for it to be correct by saying that the initial idea of Raleigh was brilliant. Raleigh was initially intended to be a meeting of political activists that excluded political parties and their surrogates.  In fact, the initial attempt to have the meeting funded by Fredrick Hubert Foundation failed, in part, because of the intention of the organizers to include political parties and/or politicians.  Because of the sloppy handling of the initial efforts by organizers, the idea of including politicians blended into the bigger picture as the venue moved from Dakar to Raleigh.

Was the incorporation of the political parties an inadvertent act of not paying attention to detail or was it a deliberate calculation on the part of some 'activists' who harbor political ambition of their own to achieve a higher profile for Raleigh. We may never know for certain.  The presence of political party leaders, however vilified and caricatured at the hands of some diasporan activists, in Raleigh was seen as a valuable validator of the process.  Leading up to Raleigh, frantic efforts were made to get as many politicians and other personalities to the North Carolinian capital.  This strategy, we believe, was driven more by optics than anything else.  The one opposition party of note that decided to stay away probably saw this from afar too. After all, there were enough of its active members involved in the process as activists instead of the party apparatchiks that they are;  but so are members of other political party apparatchiks donning their civic organization hats too.

Like many other Gambian organizations in the diaspora, Raleigh suffers from the same ailment or condition I refer to as transparency deficiency syndrome.  The organizers played their cards too close to their collective chests throughout the process, especially after Raleigh, and after the formation of the Steering Committee charged by the Conference to "pursue an Agenda for Democratic Change in The Gambia." Every critical comment, however trivial, is met with aggressive response, laced with insinuations bordering on the hysterical.  Exclusionary references to age and previous service in the APRC government are common tactics to silence critics. When these tactics fail to act as effective deterrent, some resort to 'anti-intellectual' tirades, as if, educational attainment is a disqualifying factor, as employed by the Tea Party wing of the Republican Party.  Needless to say, these tactics hardly work.  In fact, it energizes those of us who believe in the democratic process.  If we demand accountability from Yaya Jammeh, why not from our politicians and activists.

The Steering Committee has been slow in its deliberations. Eight months after members were given their marching orders by the Raleigh Conference, it is yet to select a Chairperson.  Despite what organizers would want you to believe, a membership of 27, spanning three continents, is too large and unwieldy to accomplish much.  If the number was kept to a manageable size, there would not have been the need to select an Executive of the Committee, thus adding a layer to the bureaucracy, which would then have to clear everything it does with the Steering Committee. Another criticism of the Steering Committee, and indeed the entire Raleigh Process, is its inability to shake off the old faces who have become permanent fixtures in the civic/activism landscape for the past 15 years without a notable record of achievement in the unification of the opposition parties.  Their conspicuous and ubiquitous presence in every conceivable organization is mind numbing.  If one cannot effect change after a decade, it is time to call it a day and allow fresh blood to flow into a decaying process, with the hope of reviving it.

All said, it may not be too late to save Raleigh from itself.  First, the process should only be for civic/activist groups. Political parties should be excluded, as originally intended.  Note is taken of the fact that one political party has withdrawn, and it is hoped the rest will follow suit.  Participating political parties should not be subject to one set of rules while non-participating ones are free from being encumbered with rules and regulations constructed on the fly by activists cum politicians.  It has become a nuisance; constantly being on defense in the face of a barrage of accusations and innuendos over opposition strategy.

CORDEG should be purely a civic group, in our view, and the political parties should do what they do best, remain political.  Although they may sound different in their public declarations, they are actually similar in, at least one facet, both have political ambitions.  The activists may proclaim publicly their neutrality, but most, if not all, are either affiliated with political parties or harbor political ambition.  There lies the problem of CORDEG as currently configured.  Therefore, it will help if those who want to be President of the Republic, Ministers, Managing Directors of Parastatals and/or occupy other political offices, to publicly declare their intent and stop pretending otherwise. They must also make the journey to Banjul to start forming their political organizations, and introduce themselves to the Gambian electorate. The professional politicians are no fools. They have seen through the shenanigans, and will pull away from the process the moment they smell that there's something rotten in state of Denmark.  Sorry Denmark.

Post script: We've come to learn, as we were about to post this blog, that Dr. Abdoulaye Saine and Mr. Ablie Jobe have been elected Head and Secretary General of CORDEG respectively.  We have also been informed through unofficial channels that Mai Ahmed Fatty, Leader of GMC, has withdrawn it's membership in CORDEG. While extending our congratulations to Messrs. Saine and Jobe, we urge them to rethink CORDEG in light of the current state of inertia that seem to grip the organization.  The status of political parties within the organization must also be clearly defined.
Posted by Sidi Sanneh at 6:20 AM