Hon. Omar Jallow, affectionately referred to by his initials O.J. is Gambia's agriculture minister who had previously served in the same position for over a decade during the Jawara administration.  He is, therefore, as qualified as any to assess a sector of the country's economy that is the single largest contributor to GDP and provides employment to 70% of the country's 2 million inhabitants.

Despite its absolute importance to Gambia's economic well being, and the former dictator professed  commitment to promoting it, the agriculture sector has suffered discernibly in the last two decades.

Faced with steady decline in agricultural production, particularly as it relates to the main cash crop, due to inappropriate policies.  Agricultural land has been expropriated from communities by the former dictator in an agrarian with devastating effect that denied access to communal lands across the country, causing disruptions to an otherwise traditional tenure system, negatively impacting production. 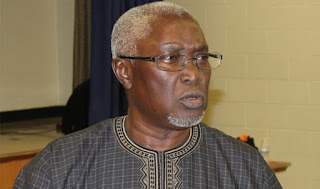 In the last two decades, the role of government has increased in agricultural production while its role in extension services in support of the farmer has declined. with the obliteration of the Extension and Crop Protection Services, leaving the Gambian farmer to his or her own devises.  It is encouraging that the agriculture minister recognizes the problem and he's in the process of restoring these very vital support services to the farming communities.

The Cooperative Societies of farmers that formed the Cooperative Union empowered farmers and gave them ownership, stake and control of a very vital aspect of their lives have been disbanded.  Through their societies - owned and operated on behalf of farmers - local farmers were able to channel their agricultural input requirements and ultimate distribution in preparation for the next farming season. 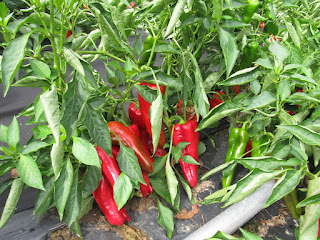 The Cooperative Societies also served as buying points as well as agent for agricultural credit extended to farmers.  The reintroduction of cooperative societies will put the farmer back in the driver seat while focusing government's role more in providing extension/support services.  It will also expedite the process of the private investor partnership with local communities to replace government whose energy should refocus on providing extension services to the sector.

For a very long time, lip-service has been paid to agricultural diversification with a disproportionate time focused on a single cash crop.  The economic value of clinging on to groundnut at the expense of other economic crops like cotton, sunflower seeds and cashew, is increasingly questionable.

Adding value through processing of our agricultural products has also fallen short, more out of lack of a secure and friendly investment climate under Jammeh, despite several government pronouncements and false starts under Jammeh.  The current political environment lends itself to new private investment policy initiatives that will attract serious investors in agri-processing.

The horticultural sub-sector fell victim of the 1994 Jammeh-led coup d'etat with the expulsion of owners of Radville Farms, the leading exporter of vegetable produce to the U.K. market, as well as to Jammeh's clandestine mining operations and land grabbing binge in the Kombos that saw horticultural land expropriated.  Operators of Radville Farms, at the time of being expelled, were employers to 100,000 Gambians.  It is gratifying to learn that efforts are underway for the company to resume business in The Gambia.
###

The decision of the Jammeh regime to stay silent on the marketing arrangements for this year's groundnut marketing season is not only worrying but downright callous behavior. Equally callous is its decision not to officially announce the 2014/2015 final tonnage purchased by the defunct Gambia Groundnut Corporation (GGC).

The same pattern of silence was displayed last year in declaring the regime's plan to purchase the crop from farmers who depend entirely on this single once-a-year economic activity for their livelihood.

The culture of silence and deception has become a hallmark of the Jammeh regime.  For example, we've come to learn only in May this year, and only through newspaper accounts, that GGC has been subsumed into a new agency that is called The National Food Security Processing and Marketing Corporation (NFSMC).  An Act creating the new entity is not accessible to us.  We hope it exists.

Given the opaque governance style of the regime, we can assume that it has abandoned its initial plan to create the Food Security Corporation (FSC) - a proposal we opposed, which would have been empowered to manage "all freed surplus land" presumably meaning virgin land as well as land lying fallow.  In the absence of a blueprint or public debate of this extremely important policy initiative, the citizenry can only speculate as to what was meant by the proposal.

In spite of the scanty information on the proposal outside of the imprecise announcement made by Jammeh's former Secretary General (Momodou Sabally) during a political tour of the provinces, we wrote two Open Letters to the International Fund for Agriculture Development (IFAD) a leading investor in the sector.  The first, laying our case for opposing the proposal we believe would have threatened the traditional tenure system that has served the country well for centuries and the second drawing IFAD's attention to Jammeh's unethical methods of acquiring land from rural communities. We will continue to monitor the situation to see whether the new corporation will be given similar mandate.

Back to this year's marketing arrangements - why are the farmers not being prepared for the season? Senegal is expected to produce one million tons and has guaranteed its farmers a producer price of CFA 200 per kg.  SONACOS, the government buying agency is expected to purchase a third i.e about 300,000 tons with the remaining 700,000 to be purchased by private buyers including Chinese buyers.  These announcements were made over a month ago and the marketing campaign in Senegal has already started while the Jammeh regime procrastinates.

What is incomprehensible is the lackadaisical approach adopted by the Jammeh regime in managing a sector that is the single biggest foreign exchange earner, at a time when the economy is already on life support and needs resuscitation.  What is likely to happen instead is the meager groundnut crop will find its way across the border where the market condition are more favorable to the Gambian farmers, including the payment of their crop in cash as opposed to the credit buying that is the standard practice of the bankrupt GGC now NFSMC.  This scenario will only exacerbate and already dire economic condition.

We hope the Minister of Finance will use the occasion of presenting his 2016 Budget to include in his speech the mandate of the new NFSMC, inform the farmers the producer price they should expect from their toil as well as the marketing arrangements for the upcoming season.  The regime owes the Gambian farmer, at least, that much.

Groundnut production in The Gambia took a nosedive during the 2013/14 season, from a projected tonnage of 40,000 to a little over 30,000 tons, which resulted in the Gambia Groundnut Corporation (GGC) coming under heavy criticism for its overall marketing strategy.

With the increased scrutiny of the GGC and its financial viability put into question - it's considered a financially bankrupt entity by many -  the 2014/15 groundnut tonnage purchased by the agency has not been made public despite many requests.

The guesstimate is that less than 20,000 tons was purchased due to lack of adequate financial resources of the GGC.

Indications from farmers are that this year's harvest will be poor due to equally poor rainfall patter, and if the prediction holds, it is going to add to the financial woes of the Jammeh regime.

If the bad harvest prediction holds, it will be coming at the heels of another bad season projected for the tourism sector which is the second foreign exchange earner, after agriculture.  Tourism is beginning to recover after the EBOLA scare that devastated the sector resulting in 60% reduction in tourists visitors.  This is further bad news for a regime that is already on the ropes for its poor human rights record, persistent mismanagement of the economy and a high level corruption.

As the principal groundnut marketing agency, the GGC's absence from the 3-day stakeholders' workshop held in Jenoi in preparation for the buying season expected to start in the next few weeks.

The absence of the GGC, now subsumed, according to official announcement, into a new agency called the National Food Security, Processing and Marketing Agency is instructive of the lack of direction and the general state of flux of the Jammeh regime that is drowning in corruption and incompetence.