One Gambian youth's revolt against a dictatorship 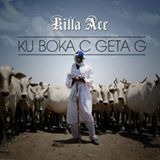 It's been long time in the making. but Gambian youth have finally awoken from their deep sleep, and are beginning to say to the regime of Yaya Jammeh that they have been duped into supporting a very corrupt, inept and repressive regime.

A Gambian-American rapper that goes by the name of "Killa Ace" has just released a single 4.13 min. rap song entitled "Ku Boka C Geta G", a Wollof saying roughly translated - if you are co-owner of a herd of cattle, you are entitled to a share of the milk that it produces.  Citizens, be they Imams, artists, journalists or ordinary folk, should have a say in how the country is governed and to participate in its governance but instead they are made to disappear, imprisoned, exiled, tortured and killed by a very vicious regime.

The power of the song lies in how it encapsulates the 21-year of one of the world's most repressive regime in few short minutes, with an equally short but powerful message that the Gambia has been hijacked by Yaya Jammeh and a few of his cronies, most of whom are foreigners, and pilfering the national treasury to sponsor D 100,000 dinner galas nights while the rest of the country go hungry.

The irony is that Mayors of effectively bankrupt Municipalities are among the sponsors of these obscene dinners while employees go for months without salary, and residents cannot afford thre square meals as attested to numerous U.N agencies operating in The Gambia. The Kanifing Municipality under Yankuba Colley, is one such functionally illiterate,corrupt, insensitive and incompetent Mayor the song is referring to.

The economic hardship resulting from bad policies of an incompetent regime is forcing the young to take the "Back Way" - local lingo for migrating to Europe -  an international phenomenon that the regime has refused to acknowledge, and when it does grudgingly, Jammeh blames Italy and the European Union for causing the death of Africans and Gambians in the Mediterranean.

The lyric is piercingly frank and direct to the point of naming and shaming the person of Yaya Jammeh, the Gambian dictator which must be a first.  Few Gambian artists ever ventured beyond vaguely-worded lyrics disguised as criticism of the regime for fear of being made to disappear, send to the notorious National Intelligence Agency's holding cells to be tortured or held at Mile II prisons which has been classified as among the world's worst.

Jammeh's hypocrisy and lack of national pride, despite his claims to the contrary, also came under attack in the song when we are reminded of how the dictator will import Senegalese artists to Indepenedence and other celebrations, shower them with expensive gifts that include cars and cash in Euros or US dollars, while Gambian artists are left to scrounge around for the crumbs.

There is little doubt that " Killa Ace" faces real danger should he return to The Gambia from Dakar where he recorded the song, according to reports.  The song did not lose sight that the singer may suffer the same fate as many Jammeh critics and opponents when, at the end of song the singer sends a direct message to all that in the event he goes missing, we should know where to look or who to ask because the world now knows"what's going on in The Gambia."

Because of the political potency of the message which criticizes Jammeh by name, there may be ramifications.  It is therefore prudent for supporters and admirers of "Killa Arc" to take all necessary precaution, as a means of protecting the singers right to free speech and expression.  We are proud of Killa Ace and support his right to protest against a corrupt and incompetent regime.   The youth of the Gambia are finally saying to Jammeh : Enough is enough.
Posted by Sidi Sanneh at 4:20 PM