The Gambia, the smallest country in continental Africa with only 4,000 hectares of forest, is the second biggest exporter of redwood to China behind Nigeria, according to El Ali Haida a former environment minister in the Senegalese government of Macky Sall.

According to Mr. Haida, almost all of Gambia's redwood exports originated from the southern Casamance region of Senegal where 10,000 hectares or over one million trees illegally felled and smuggled into the Gambia.  It is estimated that The Gambia has earned US $ 238.5 million since 2010.

It was not until the rate of exploitation of the forest products reached unsustainable levels that threatened to turn the lush forest cover of the Casamance into another arid desolate land like northern Senegal that the government decided to take action to disrupt the illegal trade and break up the cartel, Of course, local Senegalese actors had to be accomplishes in the illegal trade to make such a huge operation possible.  In June this year, the Senegalese Armed Forces minister who was accompanied by the Interior and Environment ministers toured the region - the extent of the indiscriminate exploitation of the forest cover by traffickers was "scary and devastating" and, according to him the illegal logging was " destroying the future and the Senegalese economy and that is unacceptable."

Meanwhile, on the other side of the border,  the Gambian leader, who is the principal actor and beneficiary of the redwood export trade reacted by announcing a ban on 'importing' timber  an announcement seen by many as a ploy to quiet down critics of the regime, environmentalists and the Senegalese government.  The illegal logging activities are expected to resume once Jammeh ensures his re-election to a 5th term in December and public attention is redirected elsewhere. 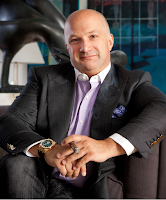 WestWood Company Ltd. which started operations about three years ago is owned by Nicholae Bogdan Buzaianu whom we featured in a blog post that we can find here.  The company's offices are located in a hotel (Ocean Bay Hotel) bought by Social Security and Housing Finance Corporation (SSHFC) a government agency that used public funds but offered the Gambian dictator an equity stake in the hotel the size of which still remains a mystery,

The day-to-day operations of WestWood Company Ltd. rests with Buzaianu's son, Dragos Buzaianu who is based in the Gambia while the elder Buzaianu shuttle between his base in Europe and Banjul where he, reportedly visits periodically in a private jet to transport cash out of the country.  Dragos is assisted by Romanian and French nationals in the export of redwood timber illegally logged from Senegal.

WestWood, like many companies of its kind, does all of its transactions in cash and specifically in US dollars. It enjoys concessions offered by the Gambian dictator among which is the sole legal entity allowed to export timber products, mainly to China with Chinese and Gambian intermediaries acting as middlemen. The monopoly status of WestWood, coupled with being in business with Yaya Jammeh affords it the luxury of being highly influential and thus dictating the terms of its business transactions which are unusually at the expense of the treasury and the public interest.

With the ban on importation of redwood from Senegal that came into effect last month,  the timber export business has come to a screeching halt because all of the redwood was coming from illegal felling of trees  from Senegal, primarily from the Casamance region.  The ban is generally believed to be a stunt by the Gambian dictator and once he get re-elected and attention is focused elsewhere, he will signal the resumption of the illegal trade to, once again, threaten the region's savanna forest.
Posted by Sidi Sanneh at 10:18 AM