Gambia without internet service for 48 hours 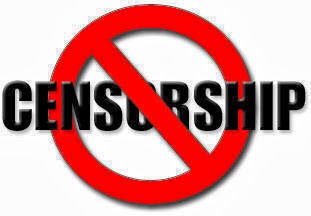 Attempts by the embattled regime of Yaya Jammeh to block Gambians access to the internet has begun to seriously impact the bottom line of private internet providers, as well as the government-owned Gamtel and Gamcell.

Gambia has been without internet connection for almost 48 hours, and it was not until an hour ago that service resumed for many Gambian customers.

The reason for the interruption has been, as we warned recently, the servers at both Abuko and State House have developed problems because of the excessive load placed on them to block Viber and other VoIP internet-based messaging and phone services.

The blocking of these services is taking a toll on the telecommunications equipment resulting in widespread service interruptions.  These two factors have started to be a very expensive financial proposition due to the paranoid reaction of the dictatorship resulting from an increasing public awareness of a repressive and corrupt government.

As we have indicated before, the Gateway is a U.N facility which cannot be interfered with by the Jammeh regime.  From the Gateway in the Brufut/Sukuta junction, the fiber cables run to the 'traffic lights', down Pipeline to the Serekunda Exchange where the television studios of GRTS used to be located.  CCTVs are located all around that particular junction because of this Exchange.  From here, cables are run to Abuko station and to facilities State House under the direct control of the dictator.  All of the private internet providers like Netpage, QCell and AfriCell are served from the Serekunda Exchange.

Public perception of a regime that is openly hostile toward the internet and related services has begun to have a direct bearing on Gamtel and Gamcell - the two Government-owned communication companies.  Because they are seen as government, and more likely to easily give in to government pressure to act as government spy agents, the private carriers stand to benefit as more customers shift private companies - a shift that is likely to be more permanent than the regime would like because of the increasing distrust (some would say dislike) of the private operators of the regime.  Of course, the private sector operators are equally susceptible to government pressure but insiders say the public tend to give these category of companies the benefit of the doubt which, in turn, translate into more customers.  Another unintended consequence of a censorship program destined to fail.

The situation as it stands this evening as follows:  internet services have been restored, and we were able to send and receive messages using FreePP.  We have also registered two missed calls from the same app. suggesting that the regime is still unsuccessful in fully blocking access.  What they have been successful in accomplishing, however, is a damage to equipment, service interruption lasting almost two days and a heavy cost to internet service providers, especially the government-owned Gamtel and Gamcell.

Meanwhile, we will continue to provide the readership with tips and more apps to circumvent the futile attempt by a despotic regime to deny access to information to its citizens.  As we have suggested in our Facebook page, when the regime is in a permanent state of defense, they are losing the game.