AMRC has outlived its purpose, it's a corruption den, and should be closed

In November 2013, we published a blog post in which we proposed the closing of the Assets Management and Recovery Corporation (AMRC) that was purposely established in 1992 to manage the assets and liabilities of the defunct Gambia Commercial and Development Bank.  The AMRC mandate was later extended to include assets and liabilities of the Agricultural Development Bank which also went under a few years later.

The reasons we advanced, for its closure, are relevant today then as they were then.   It is a corruption den utilized by Jammeh to further enhance his ability to conceal his dubious assets transactions at the expense of private citizens engaged in legitimate business activities that resulted in the illegitimate forfeiture of their properties illegitimately employing the power of the state.

The AMRC issue was raised by Abdoukarim Sanneh and thus the decision to republish this blog that we first published on the 11th November 2013. 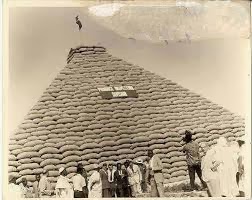 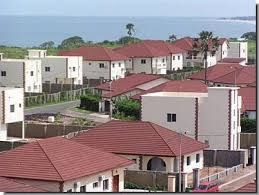 The Assets Management and Recovery Corporation (AMRC) was established by an Act of Parliament in 1992 with a clear and simple mandate, to manage the assets and liabilities of the defunct Gambia Commercial and Development Bank (GCDB).

Two years into its existence, the 1994 coup took place and the mandate of the AMRC was extended to include newly confiscated properties of members of the Jawara regime.  But not all fell under the purview of the corporation.  In fact, many of these properties fell into the hands of members of the junta and their families, friends and supporters.  The rest, mostly less attractive, were handed over to AMRC to be managed.  many quickly fell into disrepair and dilapidation. Assets quickly turned into liabilities because the corporation was not designed to be a long-term proposition but a short-term fix to address the assets and liabilities of the GCDB.

We are being told that 72% of the entire GCDB portfolio valued at D 240 million ( about $ 8 million) has been recovered with an outstanding balance of D 94 million (about $3 million).  There has been zero collection for years, and the corporation, according to its own reporting, has ceased to collect "as large parts of these debts are unsecured and/or lack documentation since the debtors are either non-traceable or no longer in position to pay..."  Most, if not all of the collection activities of the corporation has been on commercial loans.  There has been little recovery of development loans, mainly agricultural machinery, because they were all unsecured.  The other category of GCDB liabilities were under managed fund category which were government guaranteed loans to Area Councils.  Most of these loan remain outstanding because most of these Area Councils are bankrupt, and have been so for a very long time.  They rely on government subvention to provide the minimum of services despite the local rates and levies collected from residents.

Instead of winding down the operations of AMRC, the regime decided instead to expand its mandate indefinitely "to venture into sectors such as agriculture, property rental and sales of forfeited property as competitive prices" as if they have learned nothing from the GCDB experience were almost all of the loans extended for development purposes ( agriculture ) turned out to be unrecoverable.  Adding sales of forfeited properties to the corporation's mandate only fuel the property confiscation binge the regime is on.  The continued existence of the AMRC perpetuates a cycle of corruption in the properties market, distorting it in the process.

The corporation has been operating deficits, at least since 2011 and the decline persists.  For instance, the turnover of the corporation in 2011 was D 19.4 million, down to D 9.7 million in 2012 - a year described by management as turbulent times but yet promised as they did the previous years, that the "corporation will grow from year to year." The corporation rental income has suffered a precipitous decline over the years because most of its rental properties, according to their own reports, "are vacant due to bad state of repairs" and all efforts are being made to repair them so that they can be put back in the market.  The idea of AMRC had never been to play the role of a landlord.  It was to manage the liabilities and assets of the defunct GCDB and close shop after the main objectives have been achieved.
Posted by Sidi Sanneh at 1:09 PM